MacDown is an open source Markdown editor for macOS, released under the MIT License. It is heavily influenced by Chen Luo’s Mou. This is how it looks: 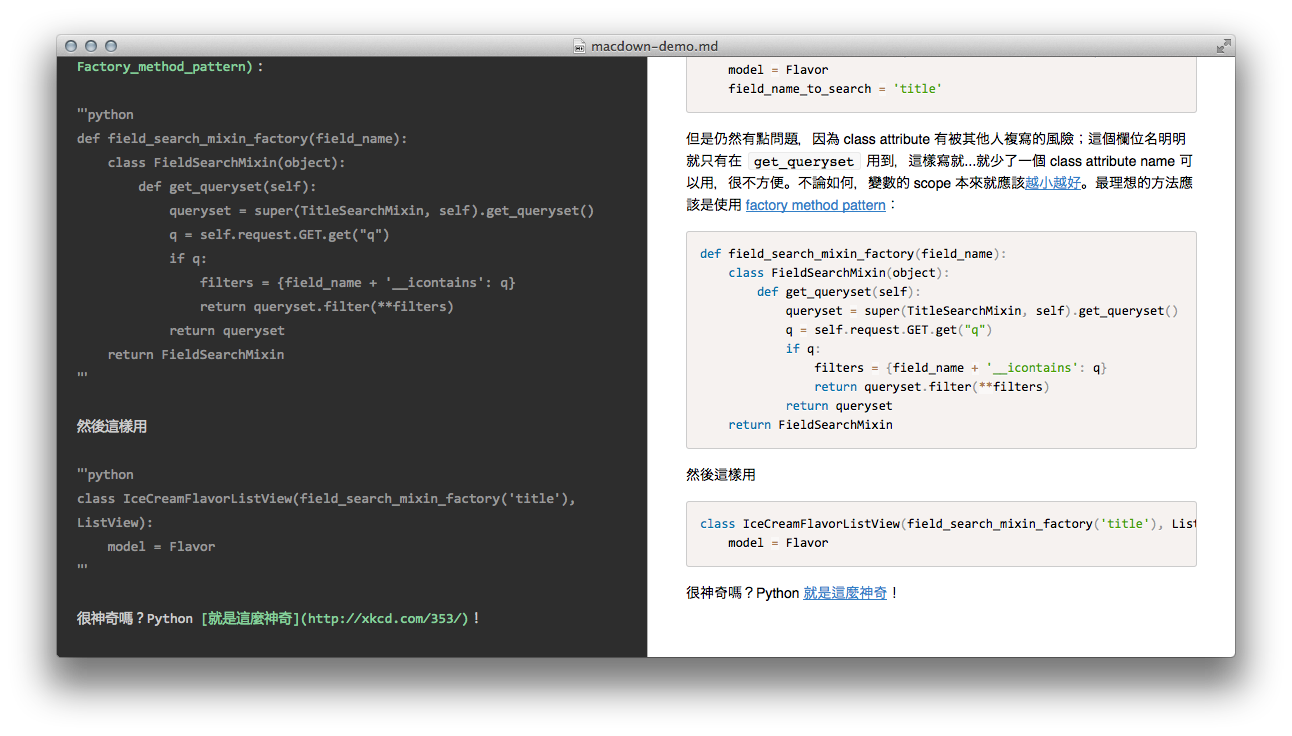 Why Another Markdown Editor?

I like Mou. I write Markdown all the time, and since I use macOS on a daily basis, Mou is my go-to editor whenever I wish to generate something with markup. But I had always wanted something more.

It came as a great shock when Chen Luo announced that he felt he could not actively continue the development, and wished to sell the ownership of Mou. No suitable offers surfaced (I honestly do not think there will be, either), and I decided that instead of waiting for others to do something about this, I should act myself.

I don’t have nearly enough money to match Chen Luo’s purposed offer, but I do have my own pocket of tricks and some free time. So I started from scratch, spent some weekends hacking together my own solution. And this is the result.

What’s in the Box?

MacDown is heavily influenced by Mou, and I try to mimic much of its behaviour as much as possible both in UI and the logic underneath, only making changes when I feel that improvement is necessary. Highlights include: